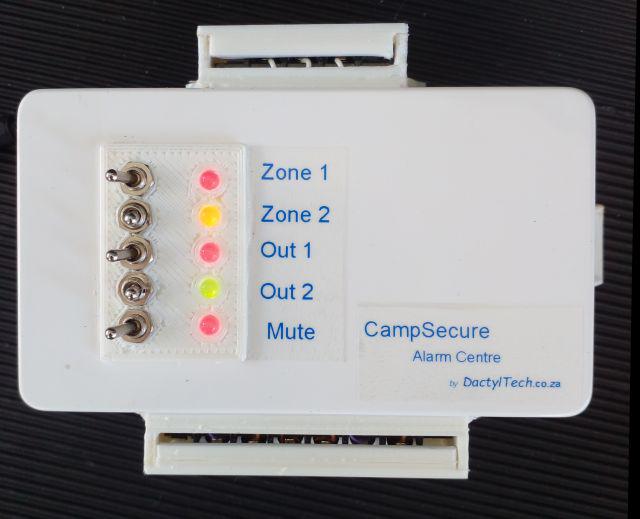 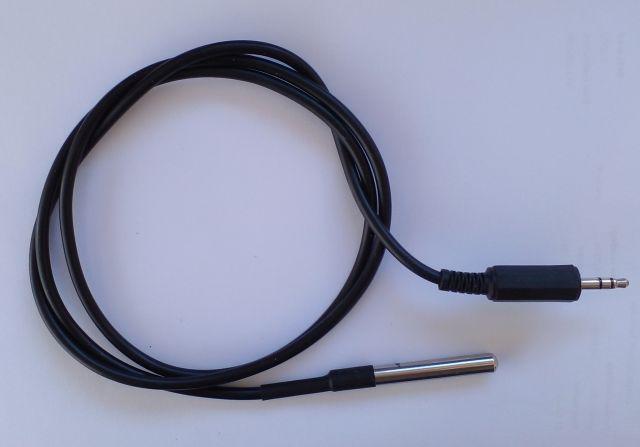 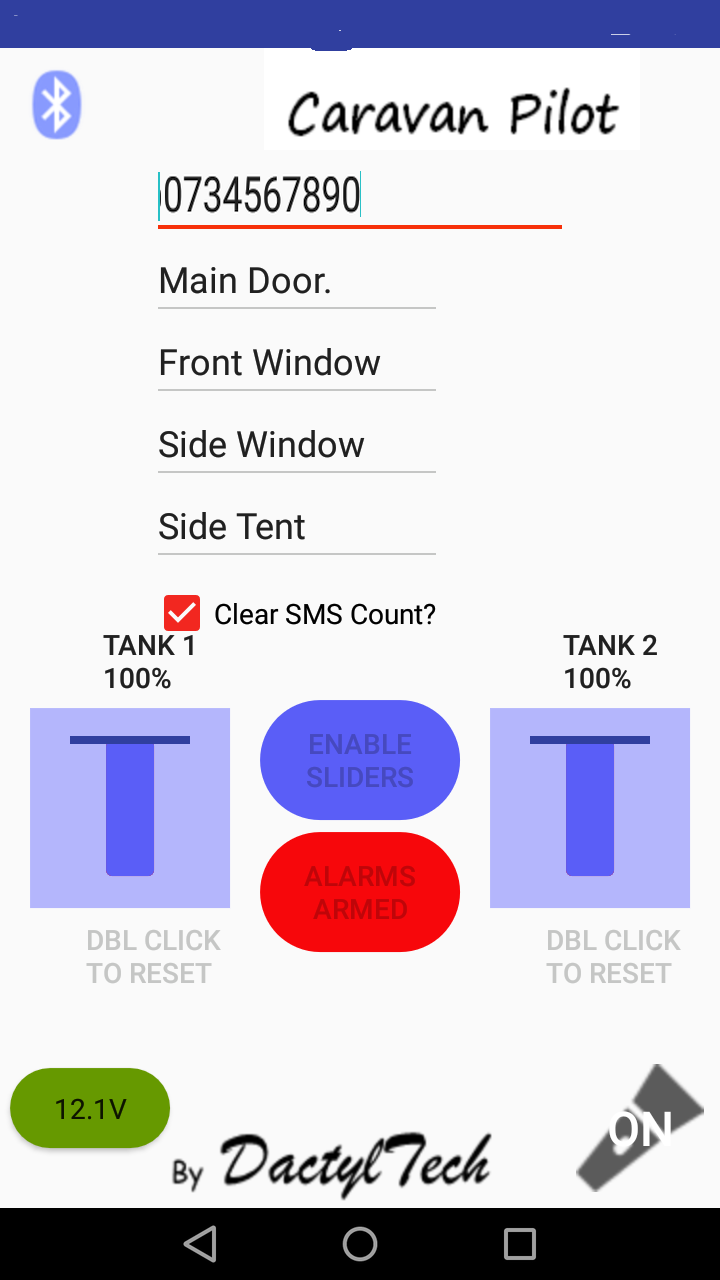 Edit  the names and Save by clicking the title again 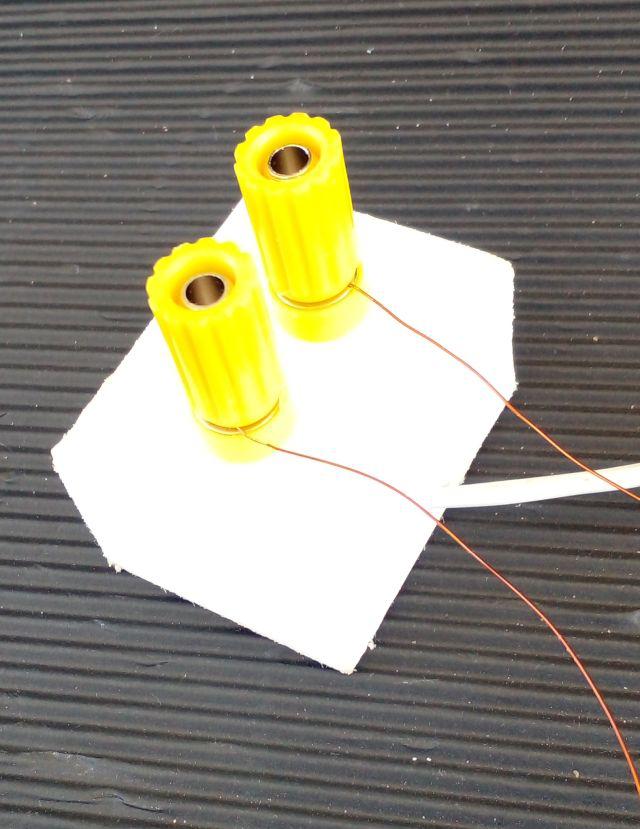 The trip wire ends are easily connected to the control unit by these to binding posts. There's no need to bring the wires into the vehicle - they can be conveniently connected outside. Unused wire can be left on the reel - just a small piece needs to be stripped to make contact with the binding post.

The alarm zones can be individually disarmed by panel-mounted switch, and the entire system is armed/disarmed remorely from a mobile phone. Both zones have a Normally Closed (NC) input. Both zones have a 1 second debounce delay. The alarm buzzer sounds for 1 second when an alarm zone is tripped but can be muted by a toggle switch.

A secure perimeter can be established by stringing a 0,4mm copper wire, such as is used in small transformers, in a ring around the camp at a height of 500mm above ground. When the wire is broken so is it's circuit and an alarm condition is generated. Annunciation is by Bluetooth message to the mobile phone, a short burst on a (mutable) buzzer, and a red LED on the controller's front panel.

The output relays have voltage-free contacts that can carry up 10A each, suitable for switching LED lamps of up to 60 Watts. Being voltage-free means they can be used to connect any power source to the load, though high voltages are not recommended.

The controller can monitor 2 intruder alarm circuits and notify via local buzzer and mobile phone screen indication, and LED indicator on the control unit The alarm circuits are normally closed in SAFE condition and can be overridden by panel-mounted switches. There are LEDs indicating which zones are overridden and which are in ALARM state.

Alarm zone names of up to 12 characters in length can be edited to better reflect the source of the alarm condition. Zone numbers are still used, but zone names can be user-edited for additional clarity. To edit the alarm zone names double click on the Caravan Pilot title at the top of the screen. The existing alarm names will be displayed.

A trip wire is often used to secure the perimeter. Coated copper wire of 0,4mm diameter is often used for the purpose due to its low cost and general availabity, it being used in the primary winding of many small transformers. This wire is thin enough to be nearly invisible and easily broken by the passage of large animals, but a sufficiently good conductor that 100 metres of it can still have a low electrical resistance. Unbroken wire can be retieved and reused, but it should be discarded if damaged in any way.

The perimeter shoild be strung at 500 mm to 700 mm above the ground using what's available naturally where possible, and stakes where not. The wire while undamaged has a thin insulation coating which allow sections to be tisted together without shorting.

To facilitate easy deployment we supply a termination box with two binding posts to connect the trip wire to the controller without tools of the need to run the copper wires into the vehicle.

Any other combination of devices can be used for perimeter protection as long as the SAFE condition is a closed circuit.

A simple PIR detector can be used to protect the area immediately around the tent entrance or ladder. The circuit that opens when the PIR detects a moving heat source should be used. An open circuit is indicated on the control panel by a red LED, a closed circuit by a green LED, and disarmed open circuit by a yellow LED.

There are 2 voltage-free output relays each with a 10A max switching capacity. Being voltage-free means that any power supply can be connected to the Com terminal and that power will be delivered to the Out1 and/or Out2 terminal when the relay is energised.

The relay can be energised by holding down the RF mover button to energise Out1 and/or the LF button for Out2. There are 2 switches on the control panel, Out1 and Out2 for permanently energising these relays.

When the Out1 or Out2 switch is switched to energise its relay the LED for that switch will turn green, otherwise it will be red.

At the start of any ALARM condition the piezo buzzer will sound for 1 second. The buzzer may be permanently muted by setting the switch to MUTE. When muted the LED for that switch will turn green, otherwise it will be red. 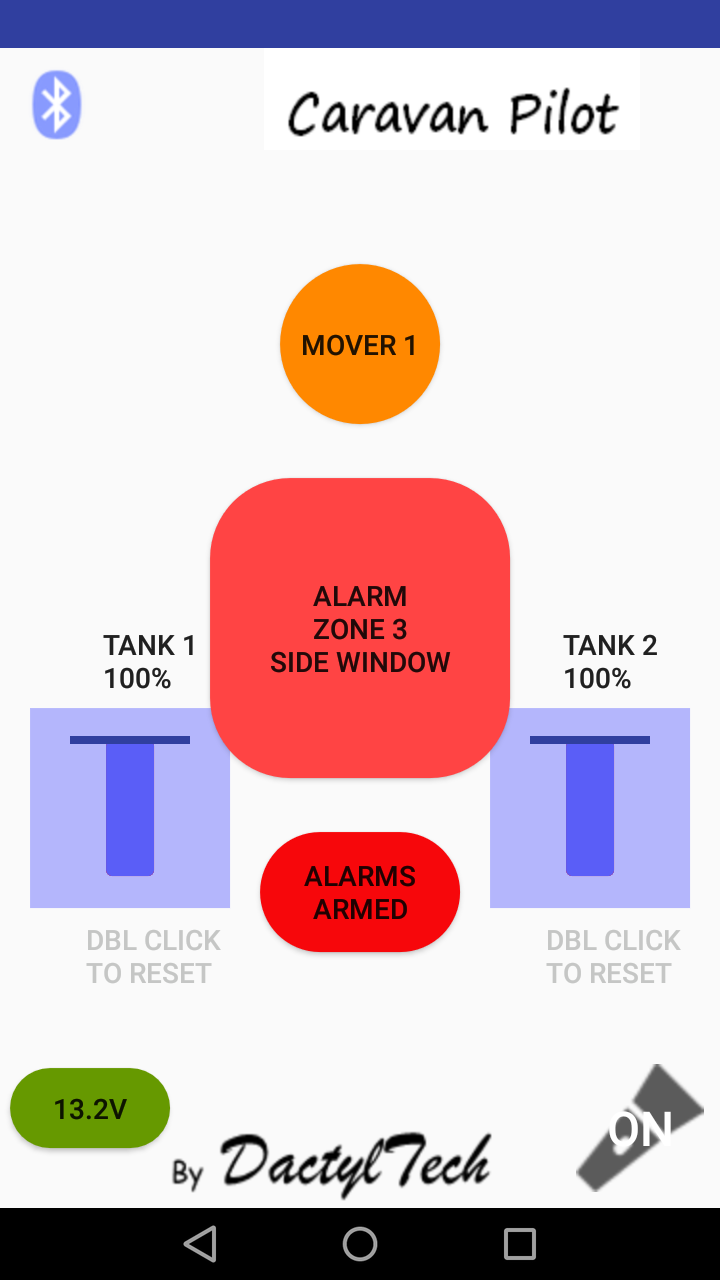 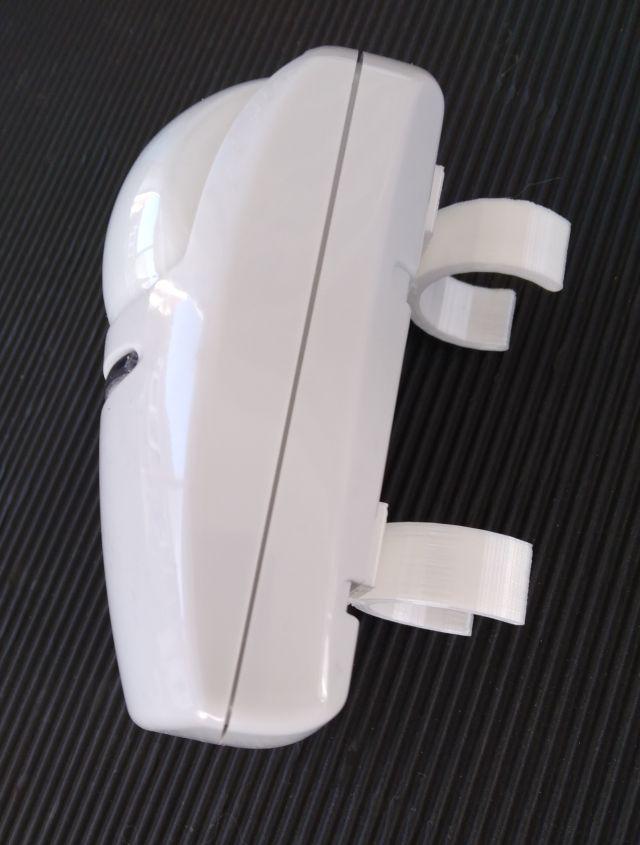 Typical PIR with brackets to snap on to a standard 1 inch tent pole for quick deployment and removal. 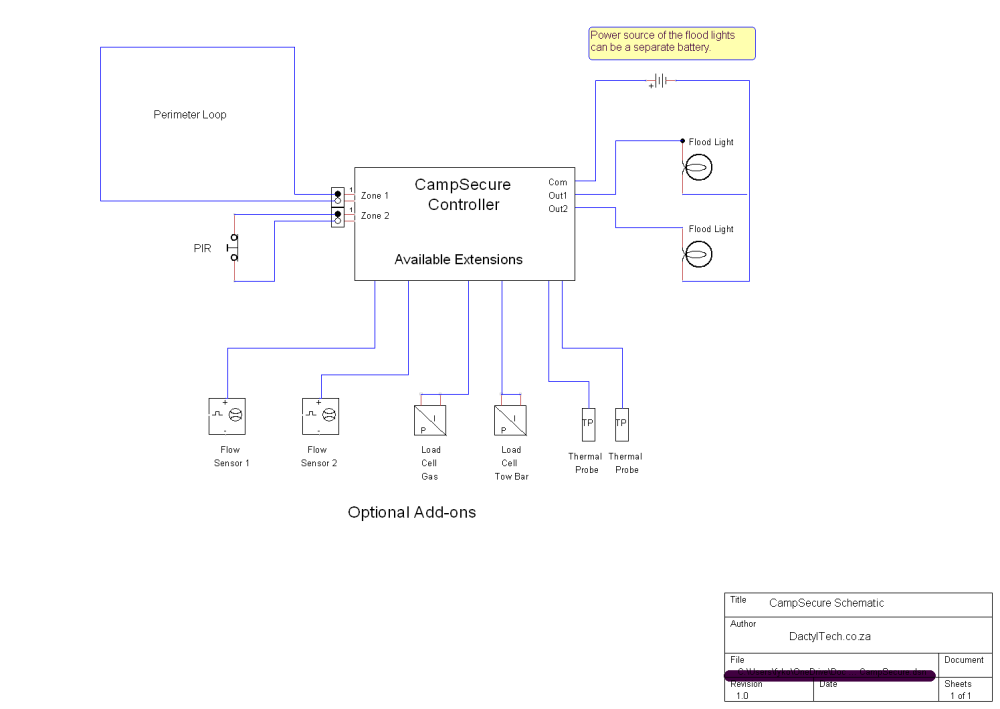 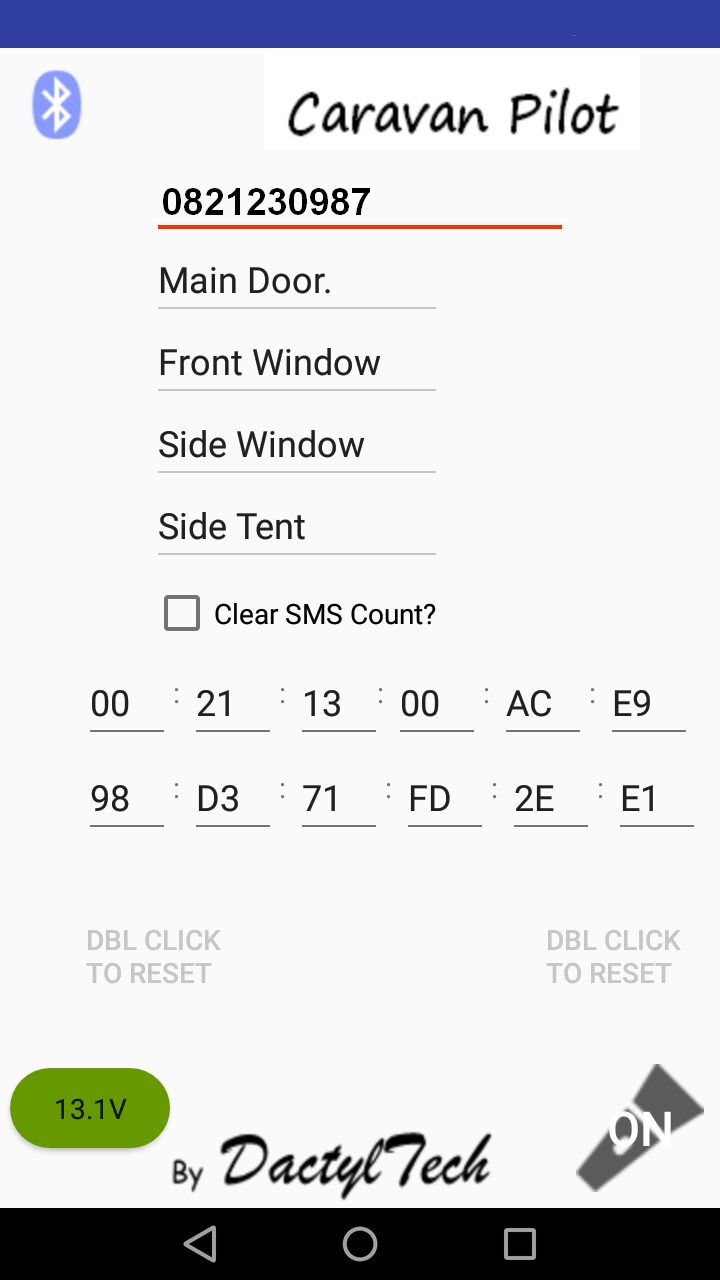